Joy Is Uncountable-Sharing of Joy

From Road of Life to Live Your Dream 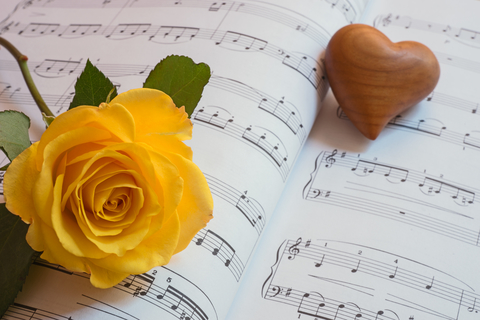 How To Create Your Best Music

As a music maker, you may not always know which direction to move. There are ten thousand ways you can explore, and it can be overwhelming to decide which way is best. Whether it is consistently performing live around town, going after a record deal, or just writing songs for your own joy, dedication to your craft is what will get you closest to your personal musical paradise.

Everyone has their own journey which is completely specific to themselves, and that cannot be taken for granted. On your journey, your expectations will be challenged and change occasionally. But, in this article, I will attempt to give you guideposts and some sense of direction for your musical expedition.

What Is Your Intention?

John Lennon was an incredible songwriter, singer, and guitarist, but Ringo Starr was the drummer for the Beatles. After all, John did not play the drums very well, and Ringo excelled in it. The first step to finding your musical direction is understanding what you have natural abilities and tendencies toward. Almost 5 decades after they started, The Beatles continue to be one of the most successful groups in the world, and it is partly because each of the members doubled-down in their respective strengths and brought them together.

If before the Beatles even began, John decided to divide his time between learning the drums, guitar, singing, bass, the clarinet, songwriting, how to produce a record, and juggling, I’m afraid that the Beatles might have never been. If he was mediocre in 10 things, rather than very good in just two, then he would have never been remarkable.

It’s important to figure out what you are most interested in musically, and then develop those skills. A great way to finding out your interests is by trying out many different disciplines and adopting many different ideas.

If you think playing the organ might be your thing, take a lesson. Or, if you believe that you would like to be a performer who sings, go to a karaoke night at a local pub and sing in front of strangers. Try out all kinds of different things, but don’t get bogged down by trying to master each. If something doesn’t seem interesting to you, drop it. There are so many different philosophies to explore, that there is certainly something out there that is perfect for you.

And, if you are fascinated by discipline, but don’t seem to have any natural talent for it, don’t be afraid to pursue it. There are musicians who, only after many years of dedicated practice, have become “good” at what they do. With patience and dedication, you can achieve anything you want to. The most difficult part of learning anything is the very beginning, and then you begin to see improvements.

Perhaps you don’t want to be a rich and famous musician. Being successful isn’t just defined by how other people view you—it is really about how you view yourself. To be satisfied with what you are doing you should set an intention with your musical craft. Most mega-famous musicians intend to be like that (record deals and radio-play don’t just fall out of the sky), so they are called successes. But if your intention is just to learn how to play songs on the sitar, with no dreams of recognition or material rewards, then that’s perfectly fine. It is admirable, and simply a different goal than seeking out external success.

You can measure your personal success by how well you are able to do the thing you set out to do. All creative endeavors are highly subjective, and there aren’t any hard and fast rules on what you should and should not do. However, if you intended to create a rock song about gardening, and it ends up sounding like a hip-hop song about volcanoes, then you didn’t accomplish what you intended. It’s time to go back to the drawing board and revise how you create your music.

Once you have figured out to some degree the sincerest direction for you to take on your musical journey, it is important to continue to make consistent progress on that journey. This is a craft that you are developing—whether your intentions are simple or complex—and you should respect your effort. Being in the right mindset for your continual growth is just as important as knowing which direction to go.

As you may already know, it is easy to doubt yourself when you are trying something new or difficult. Self-doubt and resistance are significant obstacles to any artist and come back time after time. Regardless of talent or skill, the difference between successful music makers and unsuccessful musicians is perseverance. James Brown didn’t know how to play a single instrument, but he is known today as the “Godfather of Funk”. Some people don’t even think he was a good vocalist, but he continually worked to make his musical vision come into reality, and he achieved what he set out to do. He was successful because he believed in himself, his vision, and his music so much that he worked tirelessly to give all he could. Now, that is something to aspire to!

Every day you will run across one obstacle or another that will attempt to prevent you from bettering your craft, making your song, or expressing yourself. And, every day you will have the choice to conquer these obstacles or not. Self-doubt is an obstacle. Not wanting to start or continue is an obstacle. So is doing too much research and “book learning” instead of seeking real-life experiences. Whenever you find yourself wrestling with these obstacles, look into your heart, and sincerely ask yourself what the right thing is to do. You will know.
All art, especially music, is informed by the work of present and past artists. It is impossible to not have your mind influenced by the world around you. Anything creative is ethereal and has the tendency to flow between people smoothly and easily like a river between minds.

I think that it is constructive to take advantage of the wisdom of others and to use it in your own work. Using ideas, techniques, and mindsets to inspire and contribute to your own work is a powerful way to elevate it higher than you could alone. When you do this, an astonishing beauty can manifest: by using what is “out there” you can bring out from yourself more genuine expressions of your music.

Music is Meant for Sharing

Striving for perfection is an effective way to make the best creations you can, but expecting to achieve perfection can be taxing to your mental, spiritual, and creative health. When we work infinitely to create a perfect song, or perfectly reproduce a drum solo from a recording, we waste time barely improving on something rather than creating something new.

When you become proficient at a musical skill or create something you feel good about, share it with those around you. It’s not just a great way to brighten their day, but you can also receive valuable feedback. I have spent weeks recording a song, and when I show it to another person, they point out obvious things that could improve the song. Things I would have never thought of! Sharing with others takes you out of the creative process, and allows others to experience what you have created with fresh ears.

Even if you don’t want to create music that you will perform or share widely, having someone else listen to it can help you improve the song in ways that you would not have thought of alone.

There are countless ways to share your music with the world. If you write songs, you can try to get a record deal, or you can just share them with a few friends. You can also share by playing songs and singing around a campfire. Or, why not simply sing in your home to your family, to your children as they go to sleep? And today, it is easier than ever to share your music with the world by putting it online.

The possibilities for sharing are endless, and there is certainly something out there that is perfect for your own expression. Sharing allows you to improve your musical craft while making the world a better place. You don’t need a grand vision of how you share your music; it’s just enough that you share it with one other person.

Above all else, it’s just fun to create so that you can express yourself better. The most life-improving thing you can do is follow your joy. Whether you want to become a chart-topping success, a teacher of music, or are simply a better guitar player, it is not always the best to focus on external “success” or the opinions of others. Music is its own reward, and if it feels to you like you are accomplishing what you set out to do, then you are following your joy, and you are doing well.

Our world is so big and so complex that practically anything could happen. One of my favorite verses in the Bhagavad Gita is, “You have a right to perform your prescribed duties, but you are not entitled to the fruits of your actions.” Whether you have incredible external success or not, do not cling to the feeling. Instead, ask yourself if you are moving toward your joy, and realize that you are a more fulfilled person for being dedicated to improving yourself.

And if you don’t want to be a professional musician, take lessons, or even sing one verse, that’s ok. Music is deep in your heart and can be hummed at home, sung in the shower, and whistled while you are at work. As long as your expression feels joyous, it does not matter what others think, only that you FEEL the joy of music. The sounds coming from your joy send resounding vibrations throughout your entire body and the world around you, attracting more joy for you and others.

Let the music flow any way you can.

Jordan set out at a young age to FIND his life path. He discovered that his best joy was in creating all kinds of art. From poetry to stories to music to paintings! And now Jordan is BEING his joy, by writing songs, teaching others, and studying visual art.

Jordan strives to create the best art he can every day. Now, he SHARES his process with you, to help you understand yourself, discover your passion, and live your dream.

Want to join us?

Then pull up a chair. It’s time for JOY!