Inability To Feel Joy: Has Perfectionism Got Anything To Do With It?

Giving To Others Creates Joy In My Life 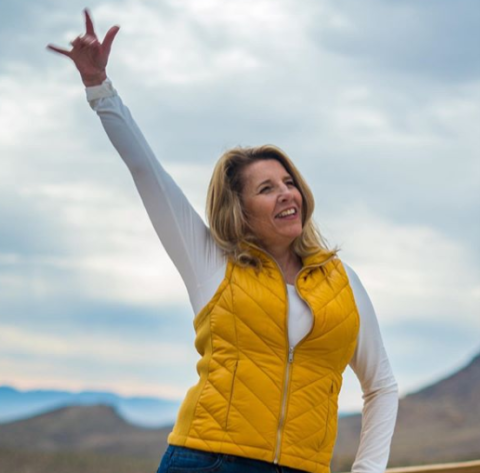 Is the world split for you?

It’s no longer just Republican vs. Democrat, or liberal vs. conservative. It’s the 1 percent vs. the 99 percent, rural vs. urban, white men against the world. Climate doubters clash with believers. Bathrooms have become battlefields, borders are battle lines. Sex and race, faith and ethnicity … the melting pot seems to be boiling over. Divided America is a multimedia series that explores the divisions of confronting Americans in their communities and their politics. AP’s unique position in every corner of the country makes for unmatched insight into the economic and social forces driving the American discourse in 2016 and beyond.

I see people tired and down, I see people active and smiling, I see people with frowns and sweat and I see people jumping like madmen. Is the universe so unfair to put some through hell and give others all the good stuff?

But when I see with my instincts instead of just seeing with my eyes, I get to know the one with a smile is suffering through severe illness and the one jumping up and down is sixty years old. Strange?

It’s been a while I just sit there quiet and observe the world and it’s weird ways… and today I’ve come to a conclusion to write about it. I’m not quite a mathematical person but I sure found a formula and it sure doesn’t have any XYZs in it (blessing).

You see there is this man in a hospital for two weeks whose window shows a small patch of flowers from the outside garden, he sits there with the curving lips half-opened eyes sighing with every sip of his homemade vegetable soup when the man on the opposite bed turns to him and asks

“Why do you vibe so sad?

Is the window view that bad?”

and he is told that “I’ve been watching the flowers bloom and die for two weeks, it’s hurtful we’ll die one day, to oblivion lone forgotten” – “what does your show that makes you look so excited?”

And his face lights up, blinking the eyes more than twice, he says

“will you listen to me?

Will you see what I see?

There is this wall, pretty and plain

It’s white with cracks and that look like trains

It has some spiders and lots of webs

Some ants go by and I once saw a crab

All of this excites me more

I’ve been here for months four

I’ve watched this all for days and nights

You should someday come here and see

The soup bowl was left on the plate when the nurses came in and told them the man had died between his tale, the same man who was told he can’t survive anymore and the man with leg sprain was left with a mind opened with a secret. He came to know the formula for the life that has no XYZs but a simple rule to think positively, live life happily and successfully.

Some simple tools to get started can be found in our online programs, the 30-day mediation is a strong way to start. That’s a really good one. Do you feel like a morning reminder about joy? Just OPT_IN here for free JOY Coaching. See you on this side of joy!

Want to join us?

Then pull up a chair. It’s time for JOY!